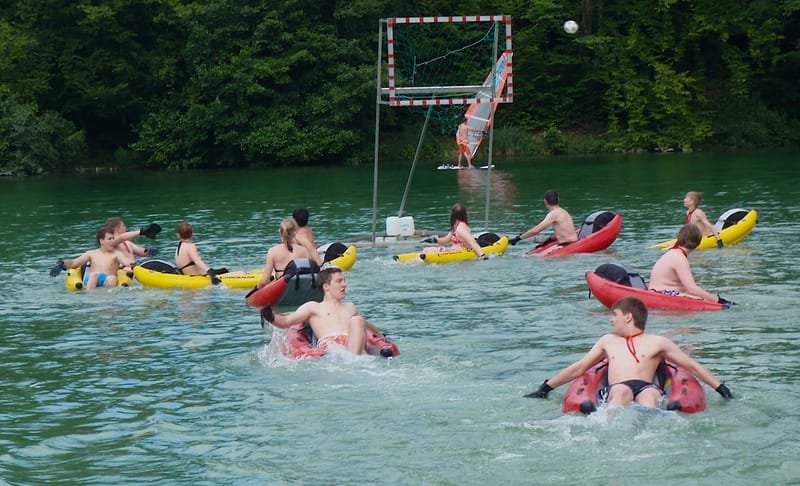 BUG BALL is a simple game with few rules.

2 teams of up to 8 participants per team try to shoot as many balls as they can into one of the floating basketball hoops, the winner being the team with the most baskets. The attacking team promotes the ball to their basket by passing the ball to another team member while the defending team tries to get possession of the ball or prevent a basket being scored against them. The bug's agility makes for entertaining and exciting games – and you get a good workout as well!. Bug Ball combines elements of fun, movement, skill and teamwork making it a great activity for groups.